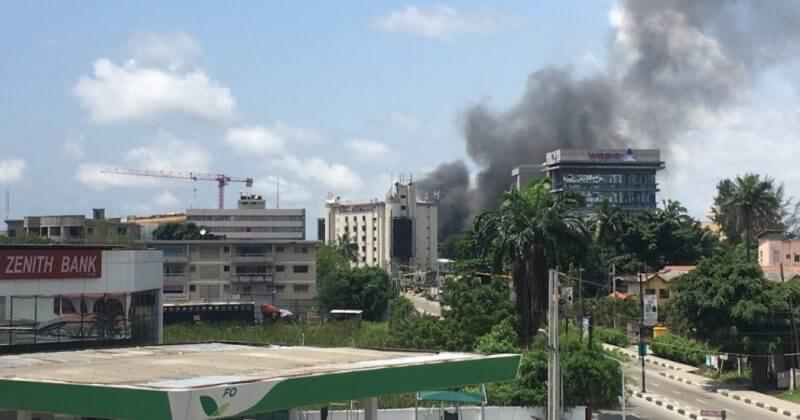 Following the curfew declared by the State Government, Lagos state has been under chaos for the past two days. When a number of armed military men descended on locations from Lekki to Alausa on October 20th, several young Nigerians lost their lives and social media was awash with graphic images of dead bodies and an aftermath of the brutal shootings.

Since then, blood has filled our streets as the violence continues, in addition to several lootings and robberies all over the state.  While the whole city remains in unrest, more reports of shooting and unrest across different zones in Lagos including Yaba, Ikorodu, Ketu, Surulere, Mushin, Ajah, Oyingbo, and Isale Eko.  The unrest has still not quelled, and each day brings with it another new development, and today, Ikoyi Prison has allegedly been set on fire by prisoners in a bid to escape.

If this was to be the case, this would be the second account of a jailbreak in the country following the situation in Benin earlier this week. Footage from the scene shows a small fire brewing as inmates and officers evacuate the building and converge in the prison’s courtyard for safety. More footage also shows army officers sectioned around the vicinity guarding its perimeters to catch anyone who was attempting to get away.

With the heavy security personnel at the prison, it’s unlikely that any inmates were able to break free. Residents of the area told The NATIVE that they heard the sounds of gunshots around 9 am, and they became more intense at about midday. According to another set of people who live nearby, the sounds of gunshots have ceased, and the visible thick smoke has calmed down.

This is a developing story and we are currently monitoring the situation closely. Please check back here for updates throughout the day.

Tweet me any leads on the #EndSARS Protests @tamimak_

ICYMI: The fight to #EndSARS is really a fight to fix the Nigerian system

0000
Previous Article For Us By Us: This is what the Feminist Coalition’s role in our society is

Next Article Police brutality continues throughout Lagos, following attack from the military