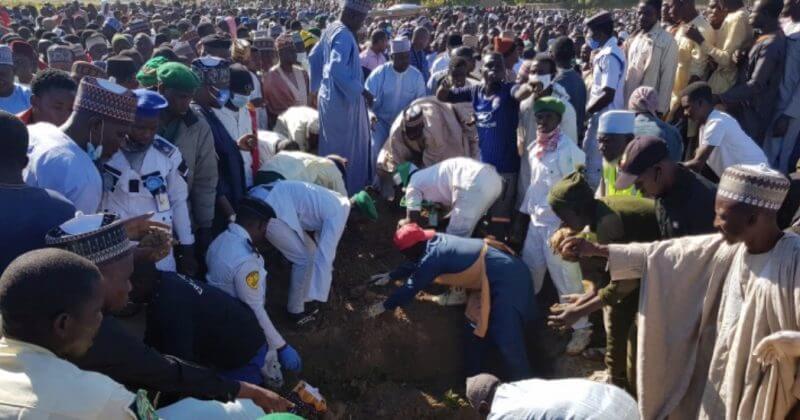 Here’s what we know so far about the Borno massacre

Over the weekend, several disturbing reports reached that a number of farmers have been killed in northeastern Nigeria after gruesome attacks were allegedly carried out by the Boko Haram terror group. The reports came during the weekend in the early afternoon of Saturday when assailants descended upon the village of Koshobe and other rural communities located in the Jere local government area near Maiduguri.

“Armed men on motorcycles led a brutal attack on civilian men and women who were harvesting their fields,” Edward Kallon, the UN’s humanitarian coordinator in Nigeria shared. The incident is the most violent direct attack against innocent civilians this year. I call for the perpetrators of this heinous and senseless act to be brought to justice,” said in a statement on Sunday. Although only 43 lives were first accounted for, the official numbers show that many more brutally lost their lives with the death toll now hitting over a 100 and is still on the rise.

Attacks by militant groups Boko Haram and ISWAP have killed over 30,000 since 2009 and forced 2 million to flee. pic.twitter.com/Faosxb6tUG

News of the killings sent Nigerians at home and in the diaspora into an uproar as many feared that the government were incapable of tackling insecurity and had grown unbothered by the causal loss of human life as evidenced from their treatment of the Lekki massacres just a month ago. However, this would not be the first time that farmers are slaughtered for doing their job in the North as several reports coming from the area detail the worsening food crisis experienced in Borno and the ensuing targeted attacks on farmers.

According to the Cable, there were also reports that women in the area were kidnapped and taken from their homes forcefully during the attacks on Saturday afternoon with 10 women reported missing, AJ Plus confirms. The incumbent President Muhammudu Buhari expressed his “shock” over the killings but no one has been held accountable for the untimely death of many lives. A funeral service for those who died was held on Saturday and the Borno State Governor Babaganan Umara Zulum was in attendance of the ceremony. Zulum urged the federal government to recruit more soldiers, Civilian Joint Task Force members, and Civil defence Fighters to protect farmers in the region.

Next Article Feminist Coalition’s website is now inaccessible within Nigeria