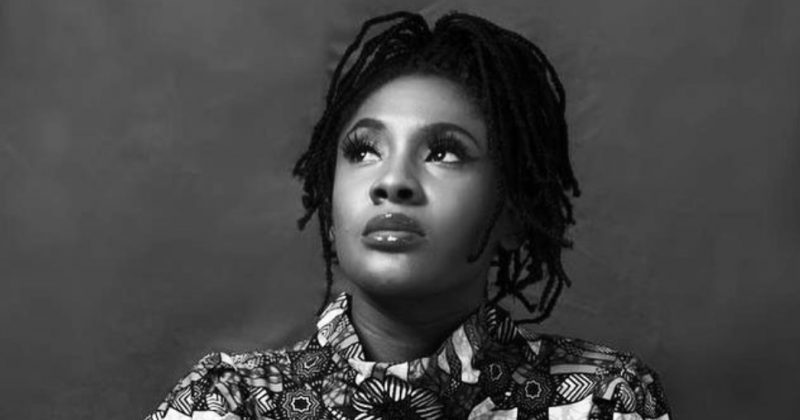 For the Girls: In conversation with Deena Ade about her love for Lagos, her music and SlutWalk

‘My name is Deena Ade and I live in Lagos’

Deena Ade is a fiercely independent artist and our very first interaction where she promptly mapped out what the nature of our subsequent conversations were going to be gave me a good sense of that. She drew my attention to a music video release she had the following day, telling me: ‘I am hoping we can collaborate on this and perhaps you can gain insight into the elusive and reclusive Deena Ade, creating in isolation’. Of course, I was instantly intrigued by this pointedly confident artist, who just two years prior, had put on the ‘infamous’ SlutWalk in Lagos. We quickly became acquainted speaking about her approach to music, and her interest in dismantling societal views against women’s sexual autonomy.

Given this, I was very surprised when Deena Ade stated her reservations about believing women who have accused someone of assault anonymously, because she thinks there’s a chance that it could be false. ‘I know my views are not conventional, but I’m a firm believer that if you are going to do something, do it right. If you’re going to accuse somebody of rape, I need you to come forward and not be anonymous because how can I argue and defend somebody I cannot confer who they are’. I immediately explained to her that anonymity doesn’t negate the validity of the claim, especially given the current climate where people are quick to defend abusers for the abused to see. Still, she maintained that:

I am never going to take one side of the story only especially when it’s from an anonymous source. I have brothers and I am very worried about that. It might seem tough and unfair but I am not for the dragging especially when we have no evidence whatsoever’

As stated earlier, Deena speaks with strong conviction, which made me wonder whether to prod further – I didn’t. Given that the patriarchy is woven so deeply into our societal fabric, it’s not alarming to see women with opposing views. With this reality in mind, any woman who is challenging the patriarchy in their own little way is contributing to the fight, which needs to be tackled from different angles. At the end of the day, we’re all eating the same shit from different toilets, so where I see someone not as committed in an area I’m committed to, just shows me how much more I need to do for the women I’m fighting for.

One person’s dog in the fight, like Deena Ade’s might be to champion sexual health for women, whilst another person’s, like mine, could be more interested in ensuring that victims of assault are always seen and heard. So while our views differ, Deena Ade is entitled to her own views. I believe that it’s my responsibility, however, to educate people within my reach about the damaging effects of harbouring such views could cause for a generation of women, and the dangers of letting allegations of assault slide.

Deena Ade might be from Ibadan, which is very different to Lagos, however, she clearly has the inbuilt hustle mentality that comes with living in Lagos, which is probably why she made the decision to make it big over here back when she was in university. Back then, she would periodically visit the buzzing metropolis for holidays with her cousins, which drove her determination to never return home. She tells me:

Life in Lagos is pretty interesting, very different from Ibadan. It’s very exciting but very challenging as well. There are a lot of benefits to being a woman here, but it’s like a minefield most of the time

I didn’t want to go back to Ibadan and have a simple life – be a banker, and have a house and family. I wanted to go to Lagos and get it. I saw all the opportunities here and there was no way I was going to pass up on it. I made the decision to move, I worked and I saved money for rent and that was it’ she tells me with a laugh.

For the most part, she’s doing it all on her own with the help from a few friends she made in the industry. She cites her relationship with Sarz and Wavy the Creator as one of the reasons she was welcomed so quickly into the Lagos music scene and refers to them as friends turned family, who have kept her going in her darkest moments. ‘Once I decided that I wanted to make music, I started making the necessary connections in preparation for me moving to Lagos. Of course, everything was not as it seemed and some of the people I met over the years were not as useful as they portrayed to be later’ she tells me, stressing the need to protect your energy from people in the industry ready to take advantage of young artists.

Much like it is in person, Deena Ade’s superpower is her ability to connect with her listeners through reliability, and her focus is on romance and love. She’s just finished her new project and is excited for the ‘rona to be over so she can begin rolling out the new singles. In her latest song, “Bitter”, the anti-love anthem where she curses out a past lover is actually not even her own story.

‘Bitter is not my personal experience, it’s actually one of my close friends. He was breaking up with his spouse and would not stop talking about it. So I wrote the chorus based on everything he had been saying. In the verses, I was like I wonder what she is saying so I wrote it from her perspective and just kind of mix-mashed them both in’

It’s this ability to effectively communicate matters of the heart, that has endeared Deena to listeners. Earlier this year, she landed a spot at the last Femme Africa showcase, a feat that she found very thrilling. She thinks platforms like Femme Africa are really important in showcasing and highlighting female talent, in order to gain the attention of the big wigs who can really make a difference and fill the gaping hole, which lacks women in the entertainment industry as a whole.

Outside of the music, Deena is also very interested in fighting for women’s equality, and her contribution is through sexual liberation. She’s mostly interested in women’s sexual health and increasing the accessibility of contraceptives for women in Nigeria. She has been working with a few powers that be to make this happen and plans to host another SlutWalk if miss ‘rona ever leaves us alone.

Through her sonic quality and bolshy nature, Deena is an important facet to the Nigerian music industry as a whole. We need more women who exist loudly and outside of convention to challenge the status quo, mainly because of the current lack there is. As we have explained previously, it’s important for women to be presented with music which mirrors their own experiences, and Deena is a good candidate for this. Perhaps something that could even help shape her own views, when she’s privy more theory outside of the scope she’s interested in for a more wholesome fight against the patriarchy.

Next Article Where Were You: Femme Africa’s virtual panel was full of wise takeaways for creatives