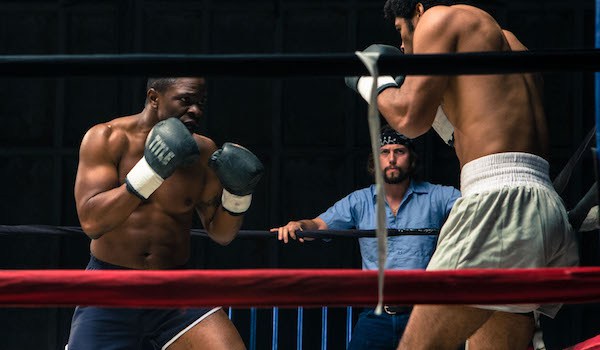 American-Nigerian actor, Gbenga Akinnagbe has been cast to star as boxer, George Lee Martin in the Angela Shelton-directed indie movie, “Heart Baby”, about the boxer’s life.

The film tells the true story of Martin, who at 18, was sentenced to 40 years in prison for armed robbery in Tennessee and became known in the prison system as the unbeatable boxer, nicknamed “The Hammer”. What he is famously known for however is turning down an opportunity to fight for Team USA in exchange for his freedom. Akinnagbe is joined by Jackson Rathbone, who plays an inmate, “Doc”, a musician who becomes Martin’s best friend and spotter in prison.

The trailer follows Martin’s life as he rises to champion status. It also shows  growth in the strength of his relationships as the often manipulative law enforcement agents present their consideration. It begins in a dark room in the prison, where Martin, in his boxing gear, fights a fellow inmate, knocking him down within minutes. His protective best friend, Doc, acts as an ally, often confronting people that Martin is too conflicted to face.

0000
Previous Article Eugy and Kwesi Arthur team up for a new hustler’s anthem, “Pray In The Morning”