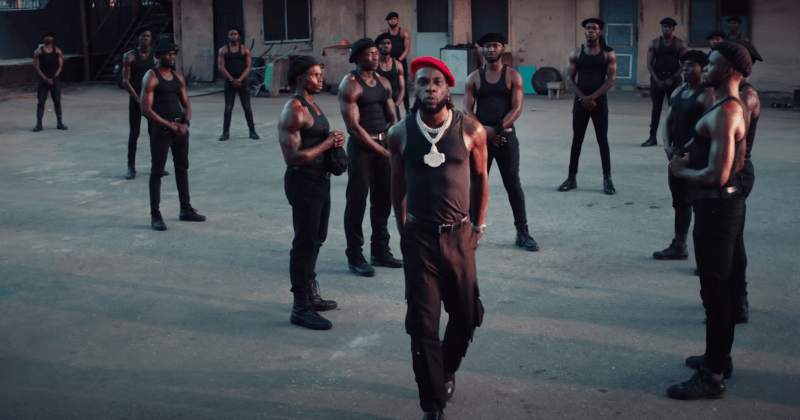 We are the ‘Monsters You Made’

On the night of August 26, a young boy of 16 years old, Nathaniel Julius was shot and dumped at the Chris Hani Baragwanath Hospital, where he later died, following a robbery in Eldorado Park, Johannesburg. A beloved member of the community believed to be killed by the police, residents of Eldorado Park took to the streets in protest the following day, demanding that the corrupt local police  (they are now being investigated by the Independent Police Investigative Directorate) answer for their crimes. What the community of Eldorado Park would like is for the police to be stripped of their unwarranted power, with one resident even calling for the removal of Police Chief.

In a protest that lasted throughout the morning in Eldorado Park, Police faced off with the community, the latter burning tires and throwing stones at their antagonists, whilst the law enforcement responded with rubber bullets, tear gas and stun grenades. In a news report broadcasted by Newzroom Afrika, one resident even says that police shot at his wife and his children whilst they were working in their own home, not participating in the demonstration.

Police brutality is not a new phenomenon in the area, speaking to Newzroom, one woman says a drunk officer armed himself and directed his gun at her without any cause, whilst another man recalls that this is not the first time a child has been killed at the hands of the Scorpions, he calls them. This violence perpetrated by the police is symptomatic of the rampant corruption and abuse of power that goes on within the policing community in Eldorado, a systematic oppression that is worryingly replicated throughout the world.

Residents describe an apathetic police force, who do not carry out their mandate to serve and protect. A community plagued with many social ills, according to local reports, when issues are taken to the police, such as drug abuse problems, nothing is ever done. Eldorado Park residents have been boiling up for some time, against a system that is mandated to work for them, but so brazenly disregards their life. Nathaniel Julius’ death was the straw that broke the camels back.

The same evening of the Eldorado Park protests came Burna Boy’s rousing video for his socio-politically driven album standout, “Monsters You Made”. Featuring Chris Martin, who appears on screen in the Lagos-set video (but literally on a screen), “Monsters You Made” is an anarchist track which sees Burna Boy rage against the establishment in a fashion that is typical of the African Giant. In his YouTube live this evening, Burna Boy dedicates the song to Zimbabweans, Americans, Nigerians and every country, including South Africa, in which their people are revolting against a failing system, and branded as the enemy for demanding basic human rights.

A fictional uprising, Burna Boy’s riotous music video bears eery similarities to the scenes captured on Newzroom Africa. Depicting angry, sad, tormented soldiers gearing up for war – with Burna Boy as their general, of course – the “Monsters You Made” music video shows the Monsters wreak havoc in order to do good. Brandishing themselves with the Anarchy sign as they prepare for war, this armed militia are painted as the violent antagonists, just like the powers that be paint activists when we stand up and fight for justice and equality. However, with a touch of dramatic irony, we know even before the Meji Alabi film ends, that these are the real heroes of the story.

We know that these are the real heroes, because we have seen this revolution play out a million times; civilians pleading for their safety, demanding justice for innocent lives lost to the same people sworn to protect us. The systems of power all over the world have continually abused their hierarchical positions, and as more instantaneous media spotlight these occurrences in real-time, we, the people are growing more and more restless, less and less willing to be ruled and dominated by the few elites who would trade our lives for a dollar. So the “Monsters You Made” video ends, screaming at greed and capitalism as the root of all the world’s evil.

ICYMI: #ZIMBABWEANLIVESMATTER: CORRUPTION IN AFRICA AMIDST THE COVID-19 OUTBREAK