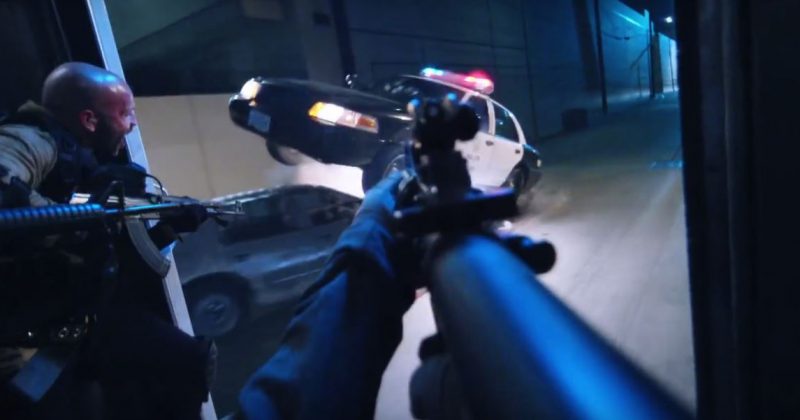 First Person Shooter Games We Are Excited About in 2017

The first person shooter is a visual representation of reading a first person narrative story. Video gaming has come a long way since the days of arcade shooting on Tetris and the times of Contra because of the increase in attention to details. The improvements in graphics and story telling has lead to the birth of a new genre of video games that centers on a gun and projectile weapon-based combat through the eyes of the protagonist. It increases the involvement of the player in the game and makes the experience even more breath taking.


Tom Clancy’s Ghost Recon Wildlands was released on the 7th of March this year. Its a first person shooter game that gives Ubisoft Paris it’s first open world tactical shooter video. It is the tenth installment in the Tom Clancy’s Ghost Recon franchise and is the first Ghost Recon game to feature an open world environment. The open world idea heightens the core concept of the first person narrative’s freedom to roam. The open world means players are more involved in the movements of their characters and don’t just follow the games story line mindlessly.

This game builds off the nostalgia of popular first person games from our childhood like COD and Medal of Honor. While a lot of people might want to see more futuristic weapons in games, the Bulkhead Interactive franchise are taking us back to the 2nd world war era. Asides from being historically accurate with the locations, they are also focusing on a multiplayer platform which means you get to relive your Medal of Honor days with friends over the net. The game is expected to be released by May 2017.

Its a  wildly ambitious First person shooter game from Battlestate Games. Its based on surviving gun battle confrontations in a the Russian town of Tarkov. Escape from Tarkov is very engaging and promises an extensive attention on weapon accuracy and realism. Because the game leaves almost everything to the players discretion, there are all sorts of ways for your character to survive.

This is on our list because it’s in first person and you do actually shoot things but anyone who knows anything about the Residence evil franchise would tell you the draw of the game is more about the scare. Capcon took the path of first person shooter for Resident Evil 7 that came out 24th of January this year. Though the change has generated a lot of skepticism from the fans because it changes the vibe of the game and there is also the criticism that its copying The Walking Dead‘s game play, first person shooter does actually add to the trill of the scare. Its challenging as players take on the role of Ethan, a man whose search for his missing wife leads him to a derelict mansion, where he has to escape from the cannibalistic Baker family.

Strafe is an incredible looking faced paced, first person shooter inspired by a 1996 game with the same name. Its very violent and gory but the game is colorful enough to be fun because of how “relaxingly” low budget the graphic are. It is first game from newcomer game company, Pixel Titans. Strafeis a classic throw back to times when story lines weren’t so important for game play and it looks like they might just pull of a retro work of art with this game.

The sequel to Star Wars Battlefront is expected to be released this year and fans of the Star Wars franchise can’t wait for them to redeem the errors from the first version of the game. The first installment from EA Dice and Electronic Arts lacked the first person and single player game play but Battlefront 2 promises to fix that with it’s first person shooter narrative. We are really looking forward to this new release considering they have all the lovable Star Wars franchise’s characters and in-game purchases.


Because what’s a first person shooter list without the COD franchise. They have released a fresh mind blowing stories year after year  and we can’t wait to see what the Activision franchise has in store for us this year. Most fans aren’t too happy about the futuristic direction the game is taking with it’s Infinite Warfare universe but over the years we’ve learnt never to write off Call of Duty. Their first person shooter has a cult following very few games can rival. Call of Duty is expected for release and the tail end of the year