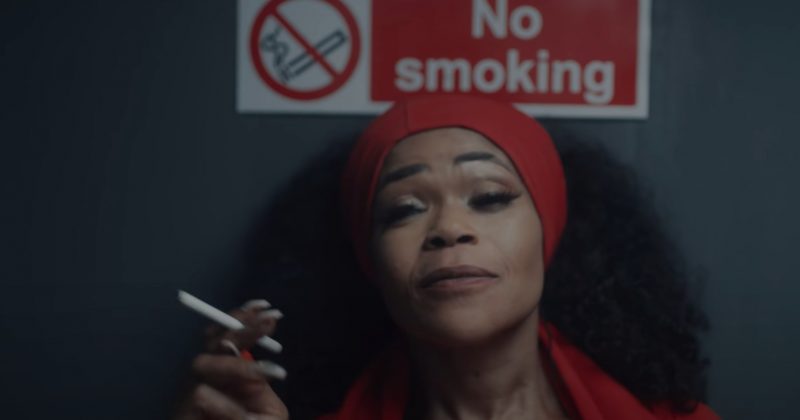 Following the success of his first two feature films ‘Up North’ and ‘The Set Up’, over the weekend, Editi Effiong released an impressive short film, ‘Fishbone’ which does a good job of tackling the issue of drug counterfeiting, through the lens of its victims and perpetrators. Set in one of Lagos’ finest slums, Makoko, the film also manages to touch briefly on life in low-income communities and how their talents are exploited by the high and mighty in society.

Shot handsomely by cinematographer Femi Awojide, ‘Fishbone’ brings to mind Akin Omotoso’s  ‘The Ghost and the House of Truth’, another film shot mostly in Makoko that captures its filth beautifully. Both movies show the abandonment of these slums by the authorities and the heinous crimes that occur daily. In Omotoso’s film, a girl doesn’t return home after school – she has been raped and murdered; in ‘Fishbone‘, ghetto kids are recruited to produce fake drugs that are mostly bought by people like them because they are cheap.

‘Fishbone‘ has three principal characters; Mama T, Schoolboy and Inspector Cole, who represent the rich, the poor and the law, respectively.

Mama T (played by Shaffy Bello) runs a drug counterfeiting lab in Makoko, and we first meet her in a gorgeously lit scene where she berates Schoolboy for being afraid of the police. “You fear too much,” she says to him in Yoruba, and through this conversation, we learn that she’s a woman who understands her place in society – above the law. Schoolboy, one of Mama T’s eyes on the street, has just run down to the lab to inform the team that the police are around. The police have been investigating Mama T for a year, but she’s so elusive that they didn’t realise she’s right under their nose.

In one of the film’s most touching scenes, she and the inspector have a tete-a-tete: “Brave of you to come out here, no offence but this is no place for people like you,” he says to her. She replies, “looks can be rather deceiving, inspector.”, which brought him to realise the weight of her words, and the reality of the system he works in.

In just over 30 minutes, ‘Fishbone’ tackles drug counterfeiting, social injustice and karma. Editi Effiong’s directing and screenplay impressively weaves these themes to create a powerful film that critiques, informs and transports its viewers to a world that’s familiar but often forgotten, where wealthy Nigerians get away with every evil they perpetrate, and the poor man hopes karma gets them. Unlike in the real world, however, we see karma in full effect albeit distasteful, given that it ropes other innocent people into the suffering the perpetrator deserves.

In every scene Mama T appears in, Effiong makes her the most powerful presence, she’s dressed entirely in bright red and adorned in jewellery, but as she unravels, her appearance becomes less illuminating. As Mama T, Shaffy Bello is magnificent, never in a movie has her facial expressions been this intentionally used to serve a narrative. In the film’s most exciting scene, the  Inspector (played Etim Effiong) and Mama T have a conversation about conscience, which is more of a monologue from Effiong, since Bello’s facial expressions speak for her. This use of silence to communicate is abundant in the film, and is a curious but welcome choice for a debut director.

‘Fishbone’ is mostly excellent, the problem with the short comes in a series of post-credit interviews on piracy and drug counterfeiting, but more about the former, and given the film’s subject is the ills of drug counterfeiting, talking about intellectual theft in Nollywood feels insensitive. It would have been in better taste to speak to people who have suffered from the effects of drug counterfeiting; let’s hear their stories. This is however, not to dismiss the issue of film piracy; it’s definitely a worthy conversation, just not here.

Next Article Rap Song of the Week: Show Dem Camp take a well-earned victory lap on “That Year”