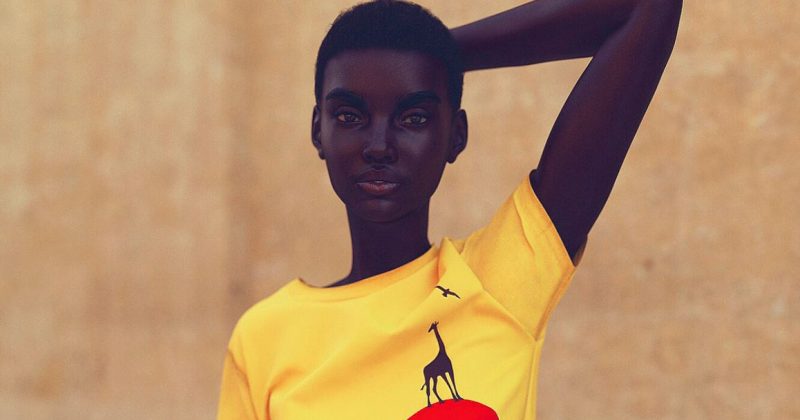 Is the white man behind Shudu taking Blackxploitation to digital extremes?

Social conditioning overtime has defined what beauty standards we appreciate. Perhaps encouraged by the elitist propaganda of colonial times, these beauty standards are partial to the fairer skinned while leaving the dark-skinned at the bottom. It’s so ingrained in our society that even dark-skinned people internalize the standards and reject the notion that they too can be beautiful without bleaching their skin.

In the media, where models are valued for their looks, societal preferences are used by beauty brands to choose the most profitable faces. Sadly, black people were always left out because as former British Vogue editor, Alexandra Shulman once put it, “You would sell fewer copies. It’s as simple as that”.

Currently, though, there has been a perceptible increase in the appreciation of black beauty in the modelling industry in line with the clamour for diverse representation globally. Though big brands still uncertain and afraid of losing costumers, recycle the established and well-known dark skin people, social media platforms have given more dark skinned models a medium to show their beauty to the world. And because of how repressed dark-skinned people have been in the modelling industry, equality is being achieved by aggressive marketing of black beauty such that it almost as if using the dark skin is now the last stage of every five-step marketing plan. (Think: Black Panther and the Avengers series)

This realization has however inspired Cameron-James Wilson, a white visual artist trying to take advantage of the dark-skinned beauty like it was nothing but a mere fashion fad. He created a virtual reality version of a black model and tried to pass her off as real enough to compete with the women who have been given very little opportunity.

Go support @ulihoumism for making my work their cover for September! 📸 @cjw.photo . . #3dart

Wilson created a 3D Instagram model, Shudu who, according to his feature story on Harpers Bazaar has “flawless dark skin”. His creation blew up after being discovered and featured on Rihanna’s Fenty Beauty Instagram account wearing the Saw-C lipstick shade. What followed was debates as to whether or not Shudu was real as her following skyrocketed to over 400,000 Instagram users. It was recently found out that she is, in fact, CGI (Computer generated image).

In his interview, Wilson explained how he created the model when he noticed a “big movement with dark skin models”, implying that like the profit-making bandwagon riders, he believes this is just a phase to ride with until it fades away. This particular reasoning has caused a social media influx of criticism, my favourite being this short response to the video clip:

We are not a 'trend' or 'movement' pic.twitter.com/tODPKFT9i5

Though he admitted how unreal she is—“She can’t walk on runways”—he gave his reason for believing she can pass for real; “A lot of what we see in media is trying to be less real, with filters and makeup. Shudu is coming from the other direction, she’s a fantasy trying to break through into reality and I have plans to help her do so. She’s already posed with real-life model Nfon Obong and I’d love to see her interact more with people.”

Most of his criticism has centred around his decision to create a dark-skinned model, rather than hire one of the many who is struggling to be seen in the industry and could do with this exposure. In response to this, he said in an interview with Isiuwa that he is not trying to replace models. “If anything it’s a criticism of how fake society has become that a CGI Model can pass for real. We’re living in a very filtered world, that strangely for me Shudu is an escape from. The criticism that I’ve faced only comes from misunderstanding”.

Admittedly, the rise of the digital age has made the world a common pot of some sort for creatives to dip into for inspiration and innovation. A recent look at the production of Marvel’s recent Box office smash, Black Panther, revealed that most of the fight scenes in the movie were CGI effects, through and through. In a sense, one may consider Shudu a potential progression of that same concept in the fashion industry, but Cameron-James Wilson’s blatant work reeks too much of the same kind of exclusion he claims to be trying to preach against.

1200
Previous Article PatricKxxLee and J Molley are back with a second collaboration, “Dark Side Down”