Last month, in a late-night cryptic tweet to his 80k following on Twitter, Cruel Santino nee Santi announced his name change. His announcement, typed as though he was addressing old friends in a group chat read, ‘u guys I had to change my name to Cruel Santino’.

He began detailing how competing copyright issues with ‘one man in Spain’ led to the eventual decision to let his former moniker, ‘Santi’ go. In a moment of sudden digital proximity to the singer/rapper, fans immediately began to hunt for the planet’s most hated man–Santi from Spain. Cruel Santino laughs about the reaction from his fans and seems to understand their indignation, but he’s past being upset about the change. In fact, he’s known this day would eventually come: “This all began sometime last year,” he tells me over Facetime. “We tried to buy the copyrights but that fell through”.

Cruel is no stranger to dropping everything and transforming with a new name or personality. It won’t be his first time either, as OG fans will remember the slick-tongued rapper from yesteryear, Ozzy B.

Two months before this announcement, Cruel had released the pilot episode of the ‘Late Night Show with Daisy Ola’, a 4-minute run-through of the different names and personalities that make up the multi-hyphenate creative. In contrast to the usual Nollywood horror-inspired videos we’re used to getting, this Cruel was happy in some places, sinister in others, but outrightly joyous throughout. A change to the brooding personality we’re used to, and most people will probably have never seen Cruel dancing or even talking before.

“I have so my characters to my being and myself, it’s like so many people in one” says Santino Criminal, one of Cruel’s many personalities. We didn’t know it back then, but Cruel was strategically easing fans into the next phase for him–the ascent of Cruel Santino.

Throughout the skit, the question of ‘who hurt Cruel?’ haunts the humourous late-night show, and the entire show becomes a search for Cruel and what inspired the pain that guides his creative decisions. The question also haunts Cruel in real life, as he tells me;

“I feel like this is the most I have grown in my life. One thing that made this whole experience equal parts insane and special was the fact that I felt like this year I experienced pain. I was in a crazy place and I didn’t ever think I was going to come out of it.”

“I got two sleeves in two days” Cruel tells me with a laugh. Before I am given any time to process the mental and physical strength it took to get two detailed sleeve tattoos in a matter of two days, he adds ‘I feel like is pain something I didn’t necessarily know I needed, but now that I have come out of it, I have learnt and understood so much’. There’s an ominous tone he employs when speaking about the pain he has endured this year, but this is quickly offset by a humourous story he relays to me about a racist encounter at the Dubai International Airport.

2020 has been a difficult year for all of us, as we’re currently tasked with fighting many social and personal battles simultaneously. For Cruel, he’s spent most of the year indoors and alone, working on his television show and his upcoming album. ‘There was a night where I went through an insane state of mind-fucking psychosis” he admits. The fear of being alone and dealing with his pain alone scared him so much that he had to fight his mind and pull himself out of this dark rut.

“When I fought it, I just went to the mirror and said you can’t keep wallowing in pain for the rest of your life or you are never going to do anything again. I’ve lost track of how much people have put in me – I’m referring to my fans and the people that have genuinely wanted to see me succeed, so I know I can’t let them down. When I fully realised this, I just felt like a different person.”

Enamoured by the love from family, friends, and fans, Cruel decided that night to get a sleeve tattoo and he never looked back. ‘I spent that whole night trying to figure out what my first tattoo would be‘ he explains excitedly. ‘At first, I was going to get the late Britney Murphy’s name on one hand and Santigold’s name on the other’.

He quickly abandoned this idea after a close friend mentioned that permanently printing a real-life person’s name on his arm could be harmful in the long run because we all change and have different sides of ourselves we wish to amplify. He didn’t want to be stuck with someone’s name on his arm in case anything went left in future, and given that many Harry Potter fans are most likely regretting their HP-inspired tatts after J.K Rowling doubled down on her transphobia last month, no surprise there.

“The next best option for me was to get my favourite anime characters. I picked them all myself and went to the artist the next day and asked him to merge their faces together.”

Okay, so my right arm is for all the women from my favourite anime shows growing up, except for Akame Ga Kill which I just watched a month ago. But I had to include Esdeath because her character was so powerful and I had never felt a character that powerful.

She was the bad guy but I fell in love with her because she was bad but she was in love and that love just spokde to me. I feel like you have to watch it to understand.

The last girl I got, I’m actually not sure of her name. I needed to include one more character and she had the coolest pink dreads so I was like fuck it, I’ll include her as well.”

On my left arm, I got all the bad boys. I had to add Grimmjow from Bleach, he was part of the Espada and he was so cool. All of these are shows I had watched when I was growing up, and they really formed a part of who I was.” 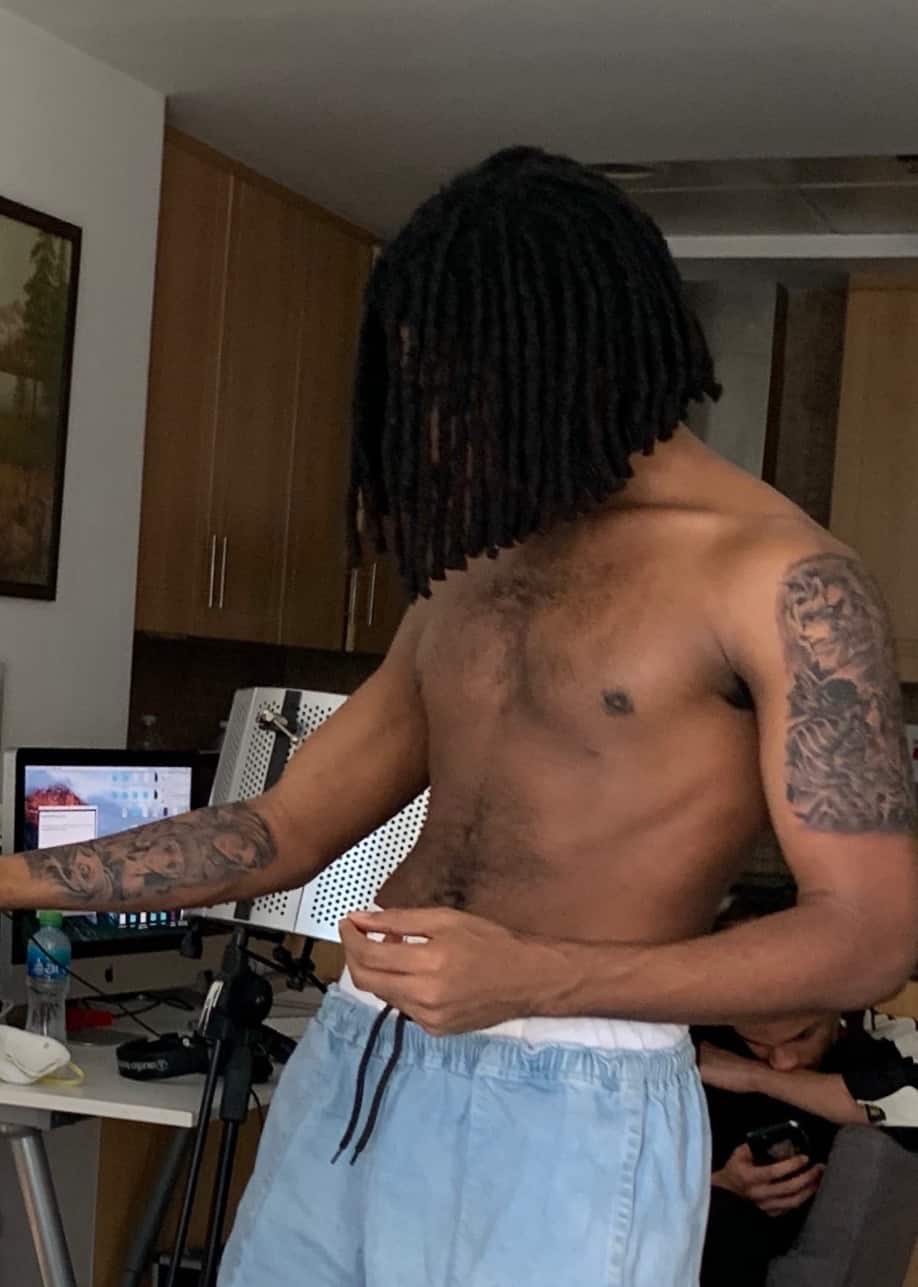 Tami is somewhere dissociating. Tweet her your favourite meme @tamimak_

ICYMI: Wavy the Creator walks us through her state of mind, one tattoo at a time