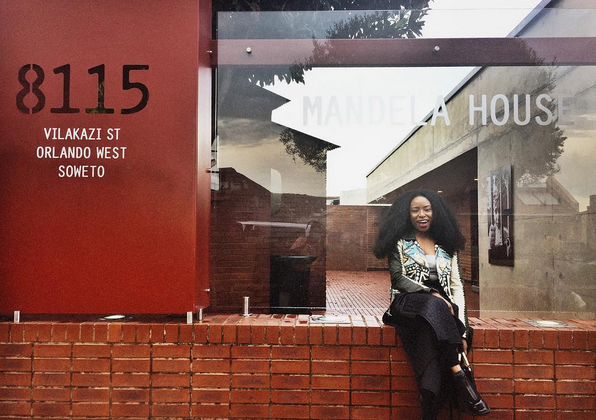 The international art scene has been unfair in its representation of female artists over the years. Many have risen and sunk in obscurity, barely leaving evidence of their genius behind unlike the male counterparts who make up more than 90% artists on display in The Metropolitan Museum of Art. The numbers even rank lower for female artists on display in The Louvre. In celebration of International Women’s Day, Nigerian filmmaker, Jenn Nkiru has created a short film for Tate Modern Gallery to showcase female contemporary artists and their work.

The clip also showcases artwork from Guerrilla Girls, a collective of anonymous female artists who have been working to expose sexual and racial discrimination in the art world. Since its inception in 1984, Guerrilla Girls began a poster campaign that targeted museums, dealers, curators, critics and artists who they felt were actively responsible for the discrimination minorities and female artists suffered. A few of their notable works, The Advantages Of Being A Woman Artist, Women In America Earn Only 2/3 Of What Men Do and a few other pieces prominently feature in the background while Zinzi Minott dances.

The soundtrack playing in the background is a cut from Sleater Kinney’s One Beat, a protest song very much like many songs from the all-girl indie rock band.

Check out the Jenn Nkiru’s short film below

AV Club: Bariga Sugar is a masterclass in subtlety

0000
Previous Article AV Club: Charles is a ‘good’ guy after all guys, if OBFW Ep 7 is anything to go by