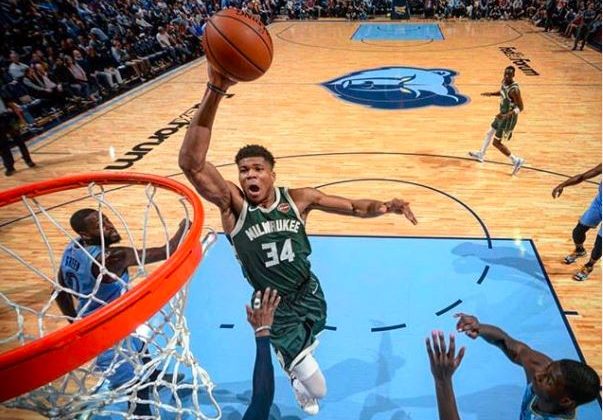 Despite losing out to the eventual NBA champions, Kawhi Lenord and his Toronto Raptors squad, at the playoffs, Giannis Antetokounmpo can still hold his head high as a winner, bagging the 2019 NBA MVP Awards. The Most Valuable Player Award is an annual NBA award given to the best performing player of the regular season and with his 27.7 points scoring average, 12.5 rebounding average, 5.9 assists average and 1.5 block average that led Milwaukee Bucks to make NBA history of 60-22 team record, he certainly deserves to be the NBA 2018/19 season MVP. The award puts an end to James Harden’s reign as the league’s MVP.

Giannis’ MVP award may be the headline of the NBA award show, but others were also honoured like Mike Budenholzer, his Milwaukee Bucks coach who won his second Coach of the Year trophy after initially winning it with Atlanta in 2015. Dallas Mavericks’ Luka Doncic was named Rookie of the Year while Mike Conley of the Memphis Grizzlies won the Twyman-Stokes Teammate of the Year Award and NBA Sportsmanship Award. The Washington Wizards’ Bradley Beal was awarded the NBA Cares NBA Community Assist Award, Marcus Smart of the Boston Celtics received the Hustle Award and former MVP Derrick Rose took home the House of Highlights Moment of the Year Award with his impressive 50-point game during the season.

25-year Cameroonian power forward, Pascal Siakam also made the continent proud after he won the award for the Most Improved Player. Siakam had 26 20-point games this season after scoring 20 points only once in his first two seasons. Siakam said his award could give hope to African children pursuing their dreams.