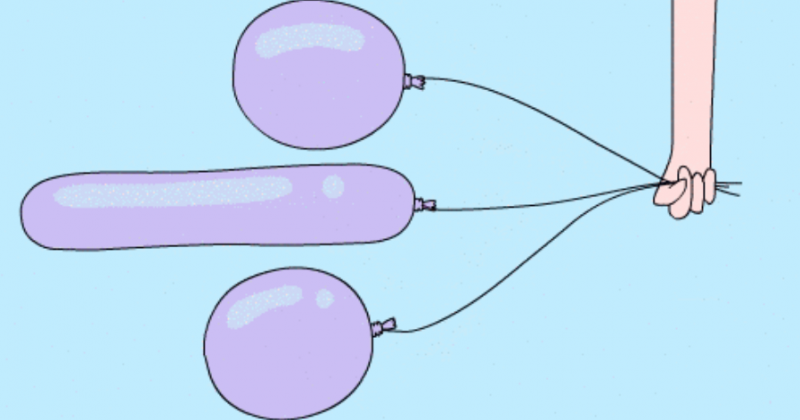 You probably don’t remember the first time someone told you about ‘Blue balls’. But if you’re a girl like me who didn’t catch the concept talking dirty in high school, you probably heard it repurposed as a twisted pre-sex bargaining chip in adulthood. Usually, the aroused male partner’s pitch is that having sex will ease the resulting pain from ‘Blue Balls’.

Scientifically speaking, ‘Blue Balls’ is a male condition merely caused by prolonged erections with no climax, sometimes resulting to a tinge of pain. Moreso, it is general knowledge within the male species that its severity is gravely exaggerated to sway women into sex. These conversations need to be had to understand the complicated nature of consent. But a central question to answer here is: what is the word on the street on blue balls?

So we set out to ask to some young women and men to tell us what they know about blue balls from experience.

I know what blue balls is, it gets mad uncomfortable. I didn’t even know people used blue balls to get laid. I’ve never even mentioned it to a girl before.

Blue balls is the discomfort or mild pain that men feel in their ball area or pelvic area due to accumulated semen that was not ejaculated when they were doing sexual activities. That’s what I know about that. I read somewhere (from a doctor) recently that it’s not even as painful as they make it seem. That it’s more of a discomfort than pain; so guys actually pretend that they are in pain so that they can guilt-trip the girls. When I was like 15 or so, I naively agreed to make out with this guy because I felt bad he was in “Pain” so I made him cum. Never again.

Okay, so no one has ever used the line on me per say because they know I’m smarter than that. But I’ve heard guys talk about it. What I heard is that when you get hard for too long without having sex, guys tummy starts to ache so bad, it feels like they will die. So they just need to put it somewhere. When I heard that, I was like, masturbate nigga or go fuck yourself cause that shit is rubbish. Plus I googled it and of course, it’s not such a serious condition to pressure anyone that doesn’t want to have sex into doing it.

My friend mentioned it to me once, in comparison to period pains. I think I got so vexed, we had a fight.

I can’t really explain but I heard it’s painful and the best way to relieve the pain is to have an orgasm. Yeah, someone has used it to convince me to have sex. I’d never had sex at the time, but honestly, if I didn’t actually want to have sex, it wouldn’t have worked.

Blue Balls are real, it’s not just a lie as people may think. It’s painful.

Yes, I’ve heard of Blue Balls. Walked out, so the guy should be dead now.

Never heard of blue balls. Is that a football club?

Well, I interpreted it as sexual frustration, but I gather some men project it as a dire health condition. This one guy I was platonic friends with wouldn’t stop whimpering and begging for sex because according to him, he felt sick because he hadn’t had sex in a minute. I didn’t help him though. I was more pissed than empathetic.

I’m not very knowledgeable in this area. But yeah, some guy tried to use it as an excuse to have sex with me. It didn’t work and only made things weird between us. Things died off shortly after.

No, I haven’t heard of Blue balls, what should I do if it happens?

I’ve heard of blue balls. The pain you feel when are hard but you don’t climax —But this shit rarely ever happens. I’ve never used it as an excuse to have sex with anybody. We (Men) don’t even need sex to ejaculate though and I think every girl knows this. If she truly doesn’t want to have sex, she’ll tell him to wank or something. Sex wasn’t made to prevent people from feeling pain.

It’s painful, frustrating and embarrassing on the girls part when a guy tries to convince you to have sex with him because “he has blue balls”. His claim did not convince me to eventually have sex with him, he just made me feel bad.

I heard blue balls are sensitive and they hurt-ish. As to what causes men, I read it’s sexual build up that never ends. When my boyfriend had blue balls (thanks or no thanks to me, teehee!), he didn’t mention sex at all. I asked him what he’d do about it, and since he wasn’t about to jerk off, we just sat and watched a movie while he felt what he felt. But yeah, there was no convincing for sex or even mentioning sex or blaming me for it.

Hmm. yeah, I know what it (Blue Balls) is. No, I haven’t used it to get someone to have sex with me. *chuckles* I don’t even know if that would be a convincing lie.