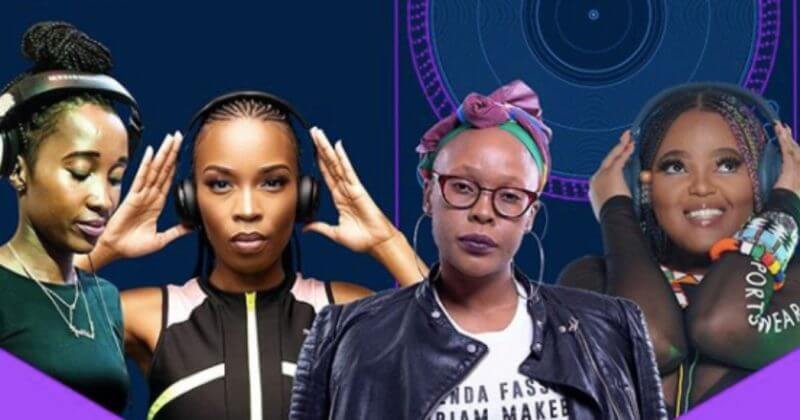 Last year, British-Nigerian DJ Chinwe Nnajiuba, aka Juba, released ‘Assurance’, a 30-min documentary to shed light on the cultural and societal expectations that have stifled women who DJ from achieving the same success as their male counterparts. The doc unsurprisingly revealed that female DJs were grossly underrepresented in the music scene, despite there being a plethora of women who can hold their own and spin mixes that keep the crowd satiated and entertained no matter the tempo.

The documentary revealed the harsh, yet important truths about the way women are viewed in the music scene, particularly those here in Nigeria where the DJs in the documentary operate. Since then, we’ve been making a conscious effort to put more women who DJ on by rally behind them and supporting them when they are working on new projects and here’s your chance to follow suit.

Join us as we celebrate #Women’sMonth this Saturday, 15 August from 8pm to Midnight. Ballantine’s Ladies of House bring their #TrueMusic to your home LIVE on our FB page. You don’t want to miss this one! #StayTrue #BallantinesBigNightIn

This weekend, Ballantine’s Whiskey, will be hosting an all-female live DJ set from four of Mzansi’s top-notch female DJs including Playgirl, Scottthegirl, Lady Sakhe, and DBN Gogo live on Ballantine’s Facebook page. The live stream will be to celebrate women’s month in South Africa and will feature popular sounds from the country such as Amapiano, GQOM and House.

If you’re looking for a fun and engaging way to spend your Saturday night, look no further, as these women have you covered with groovy sounds from around the continent running. The live stream will be on from 8 pm until midnight, tomorrow, click here to watch.

Next Article Watch Lyta in the colourful video for new single, “Hold me Down”