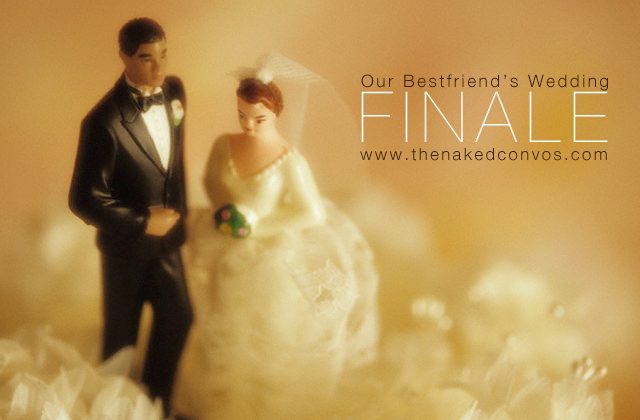 AV Club: The finale of OBFW was quite simply a clusterfuck

So, before we begin this review of OBFW. a caveat.

I’ve been saying it since episode 2 (episode one of OBFW was perfect) that the show was going to end up a clusterfuck. With every successive episode, instead of resolving subplots and glaring omissions, the show runners and writers chose instead to focus on IllRhymz who basically spent the entire season acting like he’s a jock in a high school movie instead of a smart adult. So I came into this finale with zero expectations, after all if you have none, you cannot experience disappointment, or so they say.

Well, it turns out, you fucking can.

What the fuck ever, see the episode at your own peril.

I won’t bore you by giving a blow by blow of the  OBFW finale, when in all honesty it can be summarized into three lines.

See, English is easier than they tell you.

Now let’s get to the good stuff; shit that made no sense, abandoned subplots and a general disregard for our sensibilities as data consuming fans.

SHIT THAT MADE NO SENSE

So I know we are all masochistic, for fucks sake we all watched the horrific mess that On The Real (someone please konk the people behind that show for me) but there is nothing we did do deserve having to watch Tolu grovel in front of Tunde and expect him to ‘love’ her back because she fills out his daily planner. Baby girl, that thing you’re doing is called a JOB. Doing your job don’t guarantee you no penis. If you are pressed, quit for the love of God. QUIT.

As if that wasn’t enough, we had to watch Charles as well, in a hoodie sweatshirt and joggers the universal uniform of the depressed, track Jade down to a Cafe Neo and grovel in front of her. After ten episodes of pretending he wasn’t catching feels we are supposed to care that he wants to love her now?

Then there was the whole ‘we were drunk and naked but didn’t do anything’ story Kemi and Charles were touting. The entire season of OBFW we have seen a much older and supposedly more mature Charles, consistently make bad decisions once even the smallest amount alcohol was introduced into a situation. He slept with more than half of his exes after a drink, but somehow when he was even more reckless we’re supposed to believe he did the right thing?

About that big reveal scene. So this entire show is basically built on the premise that Charles’s mother supposedly had cancer. So you’d think the showrunners would take extra care to give us a airtight, foolproof resolution. But NOOOOOOOOOO! After all they’ve stumbled through everything else, why not botch this one too. Everyone conveniently converges at Mama Charles’s house, including her excuse for not having cancer, a new boyfriend. Charles appears in the house, Onome in tow and first thing starts to announce that he’s knocked her up. And next thing they’re explaining that the Doctor is her new boyfriend, and the cancer drugs were for another patient and he conveniently forget them in her bathroom cabinet.

You know what ehn…

Promise is a drug addict. What the hell is going on there? We aren’t told where he found money to pay his rent because last time we check rehabilitation is fucking expensive in Nigeria. Then the drug dealer who put a package of drugs in front of his door with the explicit suggestion that he deliver it. We are supposed to forget all of that?

Whatever happened to the money she scammed from Charles? Did he conveniently forget that once she started throwing back pussy? And seriously for someone who lied about a pregnancy and tried to pin it on Charles, Onome was pretty casual in her apology? We know at least one of the people Onome has been sleeping with, and we know Charles’s boss helped Onome scam Charles out of his commission. Since Charles only paid half of the money to Onome, and the man supposedly beats her, how come he just quietly accepted half money?

Sure Kemi’s captain husband came back, but we never got to see his face. I know you people want to make him the father of Onome’s baby in Season 2 of OBFW, that much is obvious, but seriously? You tease him for an entire season then not show his face?

THE LEAGUE OF EVIL EXES

So Chioma comes and gives half gist (according to Kemi and Charles), one ex is wombless, another is getting married, another is married with a kid, blah blah blah. If you guys were never going to actually tease even the semblance of compatibility why drag us through episodes of that? WHY?

What the fuck is going on with the back of Jade’s wedding gown?

Jesus, what a mess of  finale.

Of course this is supposedly to set us up for a second season of OBFW  but Jesus! What is wrong with having a great first season? What? Is that too much to ask of you people?