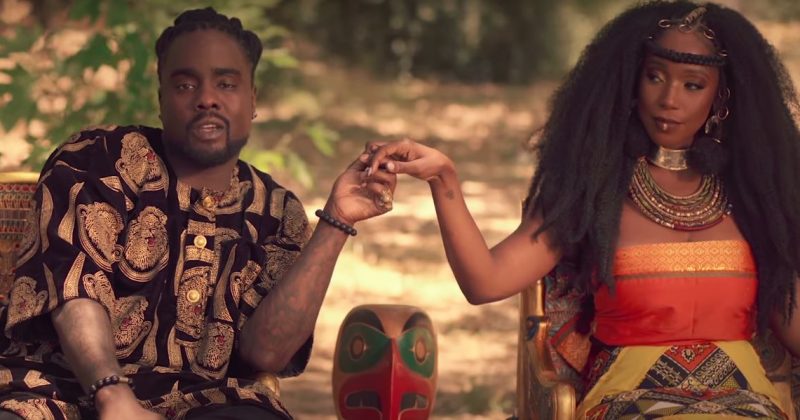 Yemi Alade’s ‘Mama Africa’ album had such a crossover appeal that she released an international edition, Mama Afrique, a French, Swahili & Portuguese extension of the lauded sophomore LP. She followed up the projects with a world tour and has released the first part of her “The Black Magic World Tour”, showing the European leg of the tour. The video shows Yemi Alade performing with her Oversabi Band in cities across the continent.

“Black Bonnie” is a single off Wale’s ‘It’s Complicated’ EP, released back in March. In line with the pro-black women theme of the song, the Yasha Gruben directed the music video serves as a testament to black love. “Black Bonnie” stars Wale who plays ‘Clyde’ with his Bonnie, as they chase their dreams together throughout history. In a sort of Black Panther-inspired narrative, Wale is seen on a throne alongside his queen in a village in Africa, before they lead the Black Panther movement with the F.B.I on their tail.

After releasing his ‘C.O.L.D’ EP a few weeks ago, Ice Prince returns with a video for “Big Daddy Ice”, a previously released single. The rapper occasionally incorporates pop elements on his songs and this pays off through the dancehall fascination of “Big Daddy Ice”, where he raps over a synth-based beat Austynobeatz produces, patterned to Afrohouse rhythm. Clarence Peters directs the video showing Ice Prince, former Big Brother star, Cee-C and a few dancers in a greenroom studio that leads to some fascinating CGI shots of dancers on the streets of Lagos.

Without counting ‘Rendezvous’, since it has been classified as a playlist, ‘Chairman’ from 2014 was the last time M.I dropped an album. Its success and commercial appeal remain undisputed with debates about its shelf-life marking one hip-hop’s hottest debates last year. M.I is reviving the album through his recently released video for “Brother” featuring Nosa and Milli. Though the video is reported to have been shot since 2015, the rapper claims he never released it because the message in the song was lost after his fallout with Ice Prince, Jesse Jagz, Brymo and Milli.

Travis just unveiled his theme park inspired cover art for ‘AstroWorld’, but it’s his trailer video for the highly-anticipated third album that captured fans’ attention. The video is set in a post-apocalyptic world where Travis walks and rides in a shopping cart through the deserted and snow-covered amusement park in his hometown of Houston. Though the scenery has a beautiful allure with colorful Milkyway imagery and some wild animals, there’s also a sense of chaos experienced in the form of explosions. The cinematic trailer for the album featured a soundtrack, “Stargazing”, expected to be on the album when it’s released on Friday, the 3rd of August.

The new trailer for Sony’s “Venom” gives a more extensive look at the super-villain title character played by Tom Hardy. The initial teaser trailer focused on Hardy and the other human cast with brief clips showing the alien ‘symbiote’. When we eventually got to see Venom a few months later in the first trailer, but the new trailer goes even further than those previous glimpses of oozing CGI skin and enormous fangs. This time, we see more big Venom action scenes and even a full-on, symbiote monologue where the sentient costume’s reputed bad attitude comes to light.

ICYMI: Falz’s “This is Nigeria” video says a lot about Nigeria, but not enough