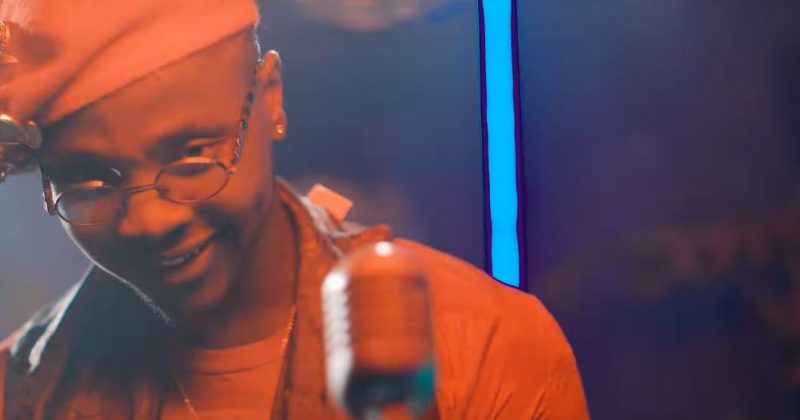 At the risk of sounding repetitive, Kiss Daniel’s video for “Good Time” is always a good way to spend three and a half minutes. When he released it, it showed an artist who understood his sound, his fans and the ambience his songs carry. The club set and retro costumes endorse his dance music as well as his Yoruba lyrics and metaphors respectively. And apparently, he also believes in the popular “if it ain’t broken, don’t fix it” ideology as his recently released video for “Yeba” recreates the retro party theme. This time directed by Clarence Peters who adds some special effect to give the time travel a more holistic perspective.

As the year draws to a close and top Nigerian artists continue their battle for dominance, Davido scores some extra points with a guest verse on Jay Sean’s “What You Want”. Flexing his global influence, he sings the chorus along with the British singer who is signed to the same Sony label Davido has been linked with. And though his contribution on the song isn’t the most remarkable, he features in the video directed by Miles & AJ.

The unsolved murders of TuPac and The Notorious B.I.G. has caused a lot of grievance to their families, fans and everyone with any sense of sympathy. The recently released “All Eyez on Me: Tupac Biopic” failed to live up to fans’ expectations for the hip-hop legend’s prestige but USA Network’s true crime murder drama, “Unsolved” believes they can better reenact the story. Ahead of the 2018 premiere, the first trailer has been released for the series directed by Anthony Hemingway who also directed “The People v. O.J. Simpson”. The series stars Marcc Rose from “Straight Outta Compton” as Shakur and Wavyy Jonez as B.I.G. while Josh Duhamel, Jimmi Simpson and Bokeem Woodbine appear as members of the Los Angeles Police Department.

On “Augment” both Phyno and Olamide want more blessings and sing as though in prayer over the midtempo beat Masterkraft produces with chants of “Amen”. The video directed by Unlimited LA also continues the gospel premise with the subdued motif and a choir in white robes.

For die-hard Hip-hop fans, Wu-Tang Clan’s grittiest tracks are an unholy matrimony between pornography and the scripture. Their recently released video for “People Say” featuring Redman is set at a street night scene directed by Navegante. The dark and mysterious video is filled with guns, mean mugs, ninja chic, sword and everything that makes the Wu-Tang Clan so potent. Methodman, Redman, Inspectah Deck, and Masta Killa perform their verses off the single from the forthcoming Wu-Tang: The Saga Continues album expected to drop on Thursday.

It has been three years since Sam Smith’s debut appearance on “Saturday Night Live” but this weekend, he made a delightful return to the show with two performances; “Pray” and “Too Good At Goodbyes”. Both singles are expected to feature on his Thrill of It All album slated to drop on the 3rd of November via Capitol Records. But in anticipation of the album, the singer delivers a soulful live performance with SNL’s adjoining backup choir.

ICYMI: Watch Dammy Krane recreate his arrest and trails in his video for “Prayer”