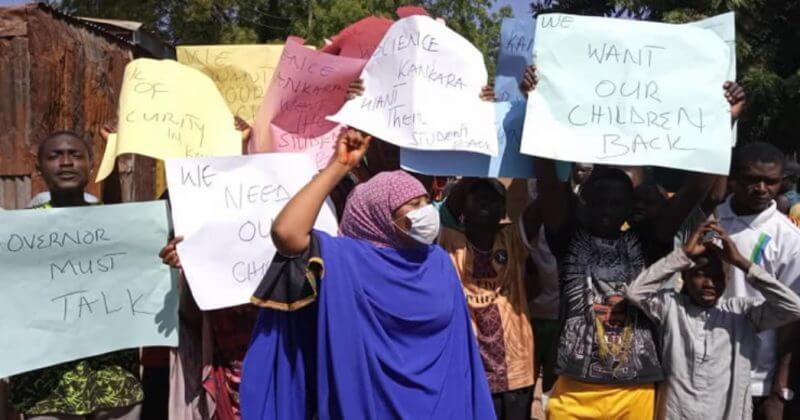 In 2014, 276 girls were kidnapped by Boko Haram from their hostels in Chibok Secondary School, Borno State, Nigeria. This incident sparked global outrage, with the hashtag #BringBackOurGirls emerging as a social justice campaign for the safe return of the young girls to their families. Till today, many of these girls are still unaccounted for, despite the government’s insistence that the deadly terror group Boko Haram has been defeated.

Insecurity in Nigeria has only worsened over time. Four years after the Chibok girls went missing, it was reported that 110 schoolgirls from the Government Girls’ Science and Technical College (GGSTC), Dapchi, Yobe State were also kidnapped, again by Boko Haram, from their schools. Two years later, history is unfortunately, repeating itself, as over 300 boys have been reported missing from an all-boys Government Science School in Kankara, a town in Nigeria’s northwestern Katsina state.

The tragic event occurred on the evening of Friday December 11, when gunmen on motorcycles stormed the school, engaging security personnel at the grounds in a fierce gun battle that forced hundreds of school students to flee and hide in the neighbouring forest. On Saturday morning, it was reported that over 600 of the school’s pupils were unaccounted for in the aftermath of the attack. Days later, thankfully many students have been found, but according to the Katsina Governor Aminu Masari, out of the school’s total number of 839 students, 333 of those young boys are still missing, feared kidnapped.

Parents of the missing children on Sunday took to the streets of Nigeria’s northwestern state to protest for the immediate recovery of their children. The protesting parents held placards conveying various messages, among which were ‘Government must speak out,’ ‘We want our children back’ and ‘We want security in Kankara.’ All state schools in Katsina were ordered to close shortly after the incident, and rescue missions are said to be underway to ensure the safe return of the students.

President Muhammudu Buhari, whose home state is in fact Katsina, expressed his shock at the tragic incident over the weekend, however, is yet to grant grieving and worried parents an audience despite his presence in Katsina State at the time of the kidnappings. In his place, President Buhari sent a delegation from Abuja to Katsina over the weekend to console with the state government and the people of the state over the attack. However, many Nigerians, both at home and in the diaspora, are responding with uproar at the continued insecurity in Northern Nigeria, especially children’s insecurity; the hashtag #BringBackOurBoys has begun to trend on social media, as Nigerians seek to bring global attention to the abductions.

Earlier today, terrorist group Boko Haram claimed responsibility for the abduction of the 333 schoolboys, a report by Arise News states. The Katsina government have also announced that negotiations have begun to ensure the return of the school children from the alleged abductors, whom they have yet to recognise at Boko Haram.

ICYMI: Omah Lay and Tems have been released from police custody in Uganda