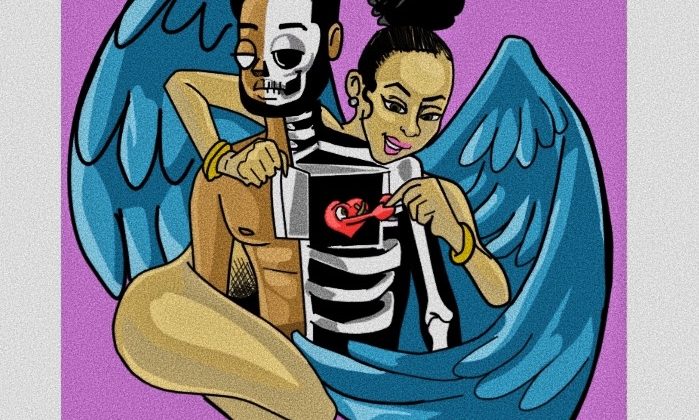 15 young Nigerians tell us why Valentine’s is not a thing for them.

Today, our social media feeds will be filled with cutesy, couple-centric quotes and the thinly veiled competition of “who got what, and how much for?”. Between the annoying couples on Instagram and the quirky anti-valentines, many of whom are lonely singles who take the day just as seriously, navigating Valentine’s Day is an event a lot of people could do without.

We spoke to a few young Nigerians about Valentines, and they all had different perspectives on why Valentines is not a thing for them. Read Below.

Because I don’t understand it. Like why all the pressure to be things you usually aren’t. it’s not based on anything that has to do with the holiday(can i call it that?). so zero sentimental value. feels like something stores and stuff push on us. and it feels like expensive nothing. boring. dumb.

Valentine’s Day is just an excuse for companies to promote “love” themed products or services. It also spikes candy and chocolate sales (many of which aren’t cruelty-free) Which makes it a candy companies wet dream. It just sucks.

Valentine’s Day has never been particularly important to me because I’ve never been in an important enough romantic relationship to celebrate it. I used to be jealous of people who got presents and such from significant others but those relationships are farcical (everybody is cheating) and I don’t even want that type of love anyway. My friends are my actual soulmates and so I ensure to show affection to them on Valentine’s Day because I never do on any other day. That’s a more fulfilling and exciting love than any stupid romance that ends when it ends.

The idea of setting a day and colour aside to celebrate love is ridiculous. Valentine’s Day is about helping the poor and not just loving your inner circle.

I’m generally not good with events like this. I don’t like birthdays too. This is not even an attempt as being “Anti-bandwagon”. Heck, I like whatever I like, whether na bandwagon or One man Mopol. I think with Valentine, it stresses me too much of a performance it is. And when you work in where I work and see how much deliberate effort goes into making people feel a certain way, just so they can take certain actions – whether it be a purchase or an outing – you start to look at it with an extra one kain eye.

Every day is love day!

I don’t want stories that touch in November

Because there’s no romance without finance. (And I don’t have finance.)

I give zero shits about Valentine’s day because too many people have made it a marker/milestone for the legitimacy of a relationship. Everyone’s idea of a great valentine comes from a mash of tropes from novels and television and hearsay, none of it ever aligns. Full disclosure, I got suckered into a whole valentine episode, food and cuddles then sex in the morning

While I like love as much as the next person, I’ve never been indoctrinated into the whole concept of bleeding over one day. But then again, I guess I’ll give into the pomp and whatnot if and when my heart does have an especial person in the picture otherwise who Valentine app? Plus the fact that it’s not a public holiday also doesn’t make me bat an eyelid, the whole ceremony around is can be fun to watch though

In relationships, Valentine’s Day is a headache— another expensive day to plan. You spend money you don’t have on holidays, birthdays and anniversaries, and now, you’re also expected to break the bank for this random day in February. A scam if you ask me.

Even the holiday’s mascot is creepy. A man dressed as a winged baby in a diaper, following you and your lover around, shooting you with arrows? Um… ok?

I’ve never been in a relationship like that plus giving gifts and making your partner loved should not be restricted to one day. Plus man’s dinor have money and still doesn’t have money

0000
Previous Article Minz is stepping up his video game. See “Skin” his first release of the year