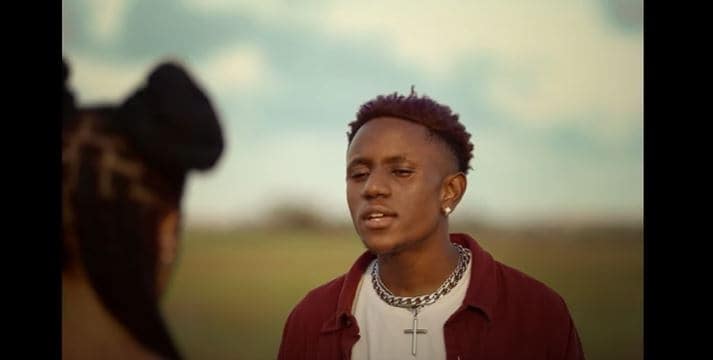 When artists who rap predominantly shift to singing as their primary mode of vocal expression, accusations of being a sell-out often trail that 180-degree turn. Considering Nigeria’s still emerging rap scene, it’s not entirely unfounded that ex-rappers switch things up to improve commercial viability, however, at the same time, this sort of adjustment has proven to be an integral part of several artists’ evolution into something truly special, with examples ranging from Santi and Rema to Cheso and Morell.

As recent as this past January, Victony was trading raps with Ladipoe during the Mavin rapper’s Revival Sunday series, letting loose an avalanche of unsparing punchlines about his invincibility as a rapper on “Revival Mode”. On his excellent new EP, ‘Saturn’, Victony is now a full-on singer, a transition that is seemingly recent but not altogether unexpected. In March, he put out “S.M.S”, a song that still leaned in on his proclivities as a rapper even as he fronted his developing ability as a melody slinger. There’s little room for any doubt on ‘Saturn’; Victony’s transformation is complete, and even if it might be temporary, he’s shed his rapper skin for something more colourful and captivating.

Saturn is more than a project, it’s an evolution & more. – Time to rage! 😤✝️ – SATURN E.P OUT NOW! LINK IN BIO #outlawsforever – Motion by : @bolthedesigner

“More”, the intro track to the EP, lays out the exciting edge to Victony’s newly earthed powers and direction, combining the spirited charisma of his boyish tenor with a bright, rainbow-like sonic palette. The touchstones for “More” shouldn’t be unfamiliar: musically it has the technicolour lushness of a Toro y Moi song, albeit with a very Afropop bounce; while his singing echoes the r&b charm of, say, Daniel Caesar and the ecstatic hollering of breakout star, Oxlade. Regardless, Victony never sounds derivative — in fact, whatever his actual influences are, they appear as sly winks rather than knowing nods.

“More of your love”, he repeatedly sings on the chant-ready hook, emphasising the song’s love-struck and dreamy premise, a theme that’s pretty much run-of-the-mill in the current landscape of Nigerian pop music. The elevating factor, though, is that Victony doesn’t sell the passion behind his sentiments as much as he embodies it in his winding melodies and plainly aching lyrics. “I dey for you my lady, it’s time to dive now and we’ll survive now”, he enthusiastically intones on the first verse, urging his love interest to take a plunge in the deep end and reassuring her of his unsinkable commitment.

Matching the mix of playfulness and intensity in Victony’s performance, groovy percussion, cloudy piano chords and vocal chants form the vibrant sonic backbone of “More”, giving it an orthodox, club-ready bounce and an alt-pop elegance at the same time. As instantly striking as ‘Saturn’ is, Victony is still on his path to refinement, but for what it’s worth, “More” is a phenomenal glare into the sort of world-beating artist he’s primed to become at the peak of his powers.